“Shoeboxed has the best customer service of any product or service that I’ve used in as long as I can remember. It’s exemplary! I wish more companies had this level of service. You’re attentive. You’re prompt. You’re proactive. You’re helpful. You’re thorough. And if I need something, You’re on it.”
Case Study:
Hi It’s Us
Industry:
Marketing
Happy User Since:
November 27, 2021
Location:
Los Angeles, California
Shoeboxed Plan Type:
Professional Annual

A 20+-year veteran in the marketing industry, Karl Isaac’s career includes leading marketing roles at Microsoft, Adobe, eBay, and Apple. In 2018, he founded Hi It’s Us, to help some of the world’s best-known brands and startup brands scale the impact of their marketing.

Karl holds an MBA from Duke University with a focus on Marketing and Technology, a Master of Architecture from UCLA with a focus on Design, and a BA from Hampshire College.

The challenge: The time erosion of context shifting

“There were all sorts of little challenges,” says Karl about how he handled receipts and business expenses before opting for Shoeboxed.

“Anytime I had an expense, I would take a minute or two to manually upload and enter the data. That’s awkward because [for example] you’re in the middle of a conversation, and you just finished dinner—but I would try and do it in the moment or else I would forget.”

There were other difficulties with his receipt management method: paper copies would fade, and technical issues required troubleshooting, such as when the charge wouldn’t match the receipt.

“When you add that up, that’s several hours of my time per month that could wind up in the low thousands…”

The solution: Shoeboxed, a receipt app that shores up Quickbook’s accounting gaps

When Karl changed accountants, he reconsidered other aspects of his accounting process. “I was also looking for a bookkeeper,” Karl recalls, “and one of the bookkeepers recommended Shoeboxed. I didn’t end up using her … but I remembered Shoeboxed and how easy she mentioned it was, particularly with the paper receipts where you just put them in an envelope and send them in.”

As Karl considered Shoeboxed, he hesitated briefly. “To be honest, I still sometimes think of it,” he acknowledged during our interview. “QuickBooks, in theory, can do this. But they just didn’t have some of the capabilities I wanted. I don’t want to spend time scanning receipts, or even photographing them. And from a long-term retention perspective, I wasn’t sure I could trust them to preserve all the receipts and data.”

On the other hand, Karl realized Shoeboxed filled the gaps in QuickBooks’ features. “With Shoeboxed, I can actually download a PDF, and just save it in an online folder for the long-term. In addition to storing it with Shoeboxed too.”

Whatever software option he chose, Karl wanted it to be able to handle and process his paper receipts quickly and without fuss.

“I just like the idea of throwing it all in an envelope. Sending it on its way, and letting you handle it.”

This service is an envelope (with pre-paid postage within the US) that users fill with physical receipts and mail to Shoeboxed's office. The receipts are then scanned, human-verified, logged into users' accounts, and safely stored.

The results: “I figured it would make my life easier—and it has.”

Ultimately, the deciding factor in choosing Shoeboxed was its customer service team. “Shoeboxed has the best customer service of any product or service that I’ve used in as long as I can remember,” Karl told us during our case study interview. “It’s exemplary! I wish more companies had this level of service. You’re attentive. You’re prompt. You’re proactive. You’re helpful. You’re thorough. And if I need something, You’re on it.”

“I mean, that really tipped the hat in your favor. My other option would have been to do nothing. I wasn’t really comparing an alternative, I was going to keep doing the same way I was doing it in QuickBooks, but I knew that your team was so on it and so helpful. And so I figured it would make life easier—and it has.”

We asked Karl to quantify the value he gets from switching to Shoeboxed, and he estimates it’s at least several thousand dollars per year in billable hours he reclaimed for himself.

In terms of freed-up mental space, the experience has also been satisfying. “I just spend less time stressing about this stuff. I just know I have it. I have it backed up. I have it digitized. I have it physical. If I ever need it, it’s there.”

“You have the best customer service of any product or service that I’ve used in as long as I can remember.”

Get Shoeboxed—free for the first 30 days!

Simplify your bookkeeping with Shoeboxed. 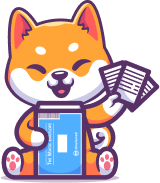 Send us your receipts in a Magic Envelope
Clear away piles of paper receipts by mailing them directly to our processing facility for free with the postage-paid Magic Envelope™. We’ll do the work of scanning your receipts and turning them into organized and actionable digital data.
Try Shoeboxed Today